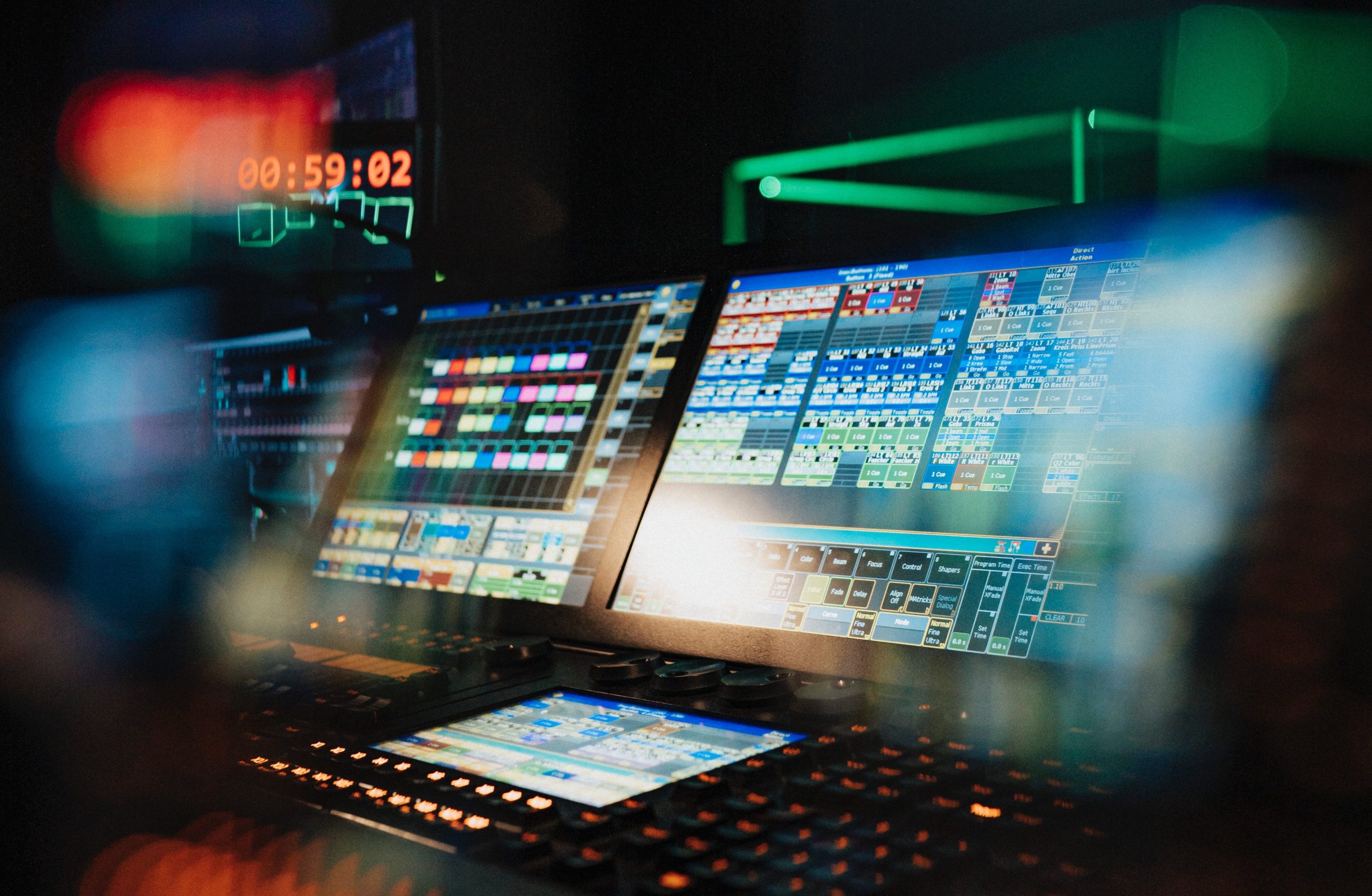 Summary of research undertaken by BOP Consulting and SQW in 2018

There is an increasing emphasis on the role of place-based or local and regional innovation and economic growth; in this context, it’s important to be able to measure and understand how innovation is occurring inside and between different towns and cities in the UK. This essay summarises work commissioned as part of the work of the Creative Economy Champion in 2018, measuring innovation in the creative industries, using publicly available data with a particular focus on Core Cities and Key Cities.

The difficulty in measuring local innovation in the creative industries

While some devolved administrations, LEPs and local authorities collect data on Creative Industries, virtually all of them capture data on ‘culture’ – since, even though there is no accepted definition for the term, it tends to be a recognised function within many regional and local administrations.

Having said that, although local authority cultural expenditure data is readily available it is not easily comparable because the same things are described or classified differently by each authority. These descriptions or classifications also change over time depending on political or administrative norms.

Understanding the location and focus of cultural and innovation activity is also a challenge. Multi-artform venues pose a challenge to analysts seeking to understand the picture of, say, music or film; capital funding can distort data by large-scale one-off investments; grant funding to individuals often can’t be matched to their geography; data sourced (either directly or indirectly) from the likes of Companies House is often linked to registered addresses. In attempting to depict spatial patterns at a sub-national scale, therefore, there are some challenges because of the indeterminate (and inconsistent) relationship to where activity actually takes place.

Meanwhile, data on the Creative Industries, and research and data that empirically explores the relationship between the publicly funded cultural sectors and the commercial Creative Industries, is much thinner on the ground. And when it comes to measuring innovation and R&D, this is complicated further by the prevalence of the ICT sub-sector, for which much data exists; by contrast, very little data exists on R&D activity in other creative sub-sectors. For example, official ONS data on R&D spend or Gross Value Added in the Creative Industries are predominantly driven by IT, but trademark activity is not; while, in relation to trademarks, IT accounts for just over a third of the total, publishing for about a quarter, and music, film and advertising each account for a further 10-13%.

The compilation of comparable data can yield some interesting findings

Bearing in mind the challenges outlined above, two research pieces were conducted in 2018 to try and shed light on local and regional creative innovation activity: BOP Consulting was commissioned to look at UK data on cultural investment and employment, and SQW looked at available data on R&D activity. Both undertook place-based ‘deep-dives’ to explore and validate the picture which emerged from national data.

There is a clear and consistent story throughout the data: the strength of London and Scotland. In Scotland, this is very much concentrated on the two dominant central belt cities. Equally, London’s strength is overwhelmingly focused on Inner London; outer London performs very weakly on all indicates except for recent growth in cultural employment.

Not only does public investment, cultural employment and infrastructure tend to concentrate in urban rather than rural geographies, they are most concentrated in the most urban places: there is a higher investment and concentration of employment in London than in the Core Cities, and more investment in the larger Core Cities than the smaller Key Cities.

These combined results are suggestive of ‘threshold effects’. That is, that there are real limits to developing strong local competitiveness in culture that are dependent on scale (and possibly also scope / diversity as an epiphenomenon of scale). Thus, even if per capita public investment in a city is relatively high it may not be accompanied by a concentration and specialisation of cultural employment – because the overall size of the city and, relatedly, the diversity of the economy and labour market that it supports, are too small to support the development of labour pool effects, untraded interdependencies, or any of the other typical mechanisms that underpin the formation and maintenance of clusters.

Looking in more detail at Sheffield

Sheffield TTWA is based around Sheffield (city) and Rotherham. There is a strong and distinct governance structure: Sheffield City Region (SCR) includes the Combined Authority, the Local Enterprise Partnership and SCR Executive Team. The area is significantly urban, although the fringe areas extend into the Peak District. Its creative industries are dominated by small firms and the overall incidence of businesses and employment in creative industries are (slightly) below the national average. It is apparent that the growth of the creative industries was part of a wider place-shaping narrative.

The concentration of creative businesses in Sheffield city centre is in part due to the city being the largest urban area in the vicinity, but it may also be a legacy of the efforts to develop a Cultural Industries Quarter in the 1980s. More generally, historical path dependency is a useful construct in explaining the evolution of both clusters and places.

In relation to contemporary dynamics, in some areas, networks appeared to be playing a key role – and much effort had gone into creating and animating them. Elsewhere, networks – if they existed at all – were far more generic and creative businesses were linked, for example, to Growth Hubs and other ventures which derived, in the main, from mainstream economic development channels. There was no evidence to suggest which of these models was most effective in fostering innovation within the Creative Industries.

Local universities function as anchor institutions. The two Sheffield universities were seen as central to that area’s creative industries. The overlap of creative industries with data science skills was one area highlighted in the study. The Advanced Manufacturing Park was a major focus for Sheffield TTWA. The agglomerations of creative firms tended to be found in places with good rail links to central London. More generally, the importance of flows (mostly of people, but also of finance and ideas) was a recurring theme.

Looking in more detail at Norwich

While the major northern cities like Sheffield may look to the Creative Industries as a successor to heavy industry (and all the related civic identity that comes with such a history), as a smaller, more affluent university and market town, Norwich reveals a quite different trajectory of development.

In terms of size and scale, there may be barriers to developing strong local competitiveness in culture related to the size of a city. The example of Norwich, however, generally poses a challenge to this hypothesis. Even smaller cities, which do not benefit from high levels of public investment, may still develop relatively strong and competitive cultural sectors – provided they have other positive locational factors in their favour. In Norwich’s case, this would include a large hinterland, an engaged, active and high-quality university with a relevant cultural specialisation, a net inflow of graduates, affordable housing and a distinctive and attractive built heritage.

Norwich also suggests that the route to successful development for smaller cities may lie in specialisation within the cultural sector. That is, smaller cities will most likely not be able to ‘cover the waterfront’ in terms of developing a high-quality cultural offer across a wide range of disciplines or sub-sectors, but may be able to develop internationally recognised sectors in one or two cultural sectors, as Norwich has done in relation to literature.

Having high calibre teaching HEIs, with relevant specialisations in cultural and creative disciplines, does not on its own guarantee a steady flow of graduate talent into the city’s cultural economy. Many graduates may be international students seeking to return home while others may pursue opportunities more closely linked to lecturers’ and the curriculum’s connections (which may not necessarily be linked into the host city). Indeed, both primary and secondary research conducted for the deep dives suggests that the more high-quality, specialist and internationally recognised courses and institutions are, the harder it is to retain graduates after completion of their degrees.

Returning to the issue of scale, Norwich suggests that universities’ role in the cultural sector may be disproportionately larger and important in smaller cities, if only because in smaller cities there are fewer other ‘anchor institutions’ when compared with larger cities. Finally, there was little evidence provided as to exactly how HEIs contribute to innovation and R&D in the cultural sector in the city.

The main theme emerging from these (and other) research studies is the weakness of official data in providing a reliable picture of creative eco-systems and, in particular, how Creative Industries R&D actually takes place. The extent to which Creative Industries R&D is properly reflected within official definitions and data-collections is a fundamental challenge and no more so than at a local and regional level.

In-depth qualitative research is resource-intensive and it needs to be done rigorously if it is to have value. However, it can get considerably further in exploring the causal relationships which really need to be understood if innovation in the Creative Industries is to be properly supported, whether through funding or other mechanisms ranging from regulatory frameworks (at a national scale) to planning regimes locally.

Since these research projects were undertaken, the Creative Industries Policy and Evidence Centre has started to address some of the research challenges set out here (for example in this study). But many of the insights generated from the earlier work are still relevant.

A recurring factor for example was the potential importance of anchor institutions in driving R&D and business growth – not just locally but sometimes regionally. Based on work undertaken here, there is tentative evidence that anchor institutions in the Creative Industries are far more diverse, encompassing not only universities and creative businesses but also cultural bodies (eg. Royal Shakespeare Company), large public bodies (eg. the BBC) and businesses in the wider economy (eg. Jaguar Land Rover). Investigating the character of these institutions and in particular how creative knowledge is diffused out of them is an area which could yield fruitful insights.

Among other areas for future research recommended here, consideration should be given to understanding the relationship between public investment in culture and cultural and creative employment; to map the geography of not-for-profit creative activity – official surveys will often miss the vital activity of charities, not for profit and social enterprises which make up an important grey economy in some areas; investigating the influence of transport hubs, housing policies and other non-fiscal factors on Creative Industries cluster-growth; and understanding better London’s influence over the Creative Industries and its impact on clustering elsewhere in the UK. There is also a need to capture evidence of innovation activity in the ‘joins‘ as well as the ‘dots’ or clusters of activity. For example, evidence of networks of relationships and supply-chain activity ought to provide some insights into cluster interaction and that in turn could provide useful insights into R&D activity.