The Creative Research And Innovation ‘centre’ provides a forum for the range of research and policy programmes being developed by Andrew Chitty and Graham Hitchen, in their roles as Professor and Senior Enterprise Fellow – respectively – at the Institute for Media and Creative Industries at Loughborough London.

Andrew comes to Loughborough London as the Arts and Humanities Research Council’s Creative Economy Champion. He is also Challenge Director for the two Creative Industries Industrial Strategy Challenge Fund programmes – Audience of the Future  and Creative Industries Clusters.  He had previously been a founder-director of one of the UK’s most innovative and successful digital production companies. Developing pioneering online services for UK cultural institutions, education providers and media organisations, Illumina Digital won over 40 national and international awards for innovation and creative excellence, before being acquired in 2008 by All3Media the UK’s largest TV production group.

Graham Hitchen is Associate Dean Enterprise at Loughborough London, and Head of Strategy and Policy for Audience of the Future and the Creative Industries Clusters programme. He brings a wealth of experience in cultural and creative industries policy and delivery – nationally and regionally. He was Corporate Policy Director for Arts Council England, before setting up Creative London with the Mayor’s office in 2004 – responsible for £10m of investment annually, including establishing Film London and the London Design Festival. He has been running a successful consultancy business since 2007, advising government agencies, cities and universities on Creative Industries and innovation. 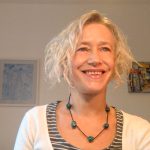 Dr Jennie Jordan has worked internationally in the higher education sector teaching and researching creative industries entrepreneurship and cultural policy, and publishing  on festivalisation, cultural ecosystems, creative leadership and digital media’s role in connecting diasporic communities, and the business of festival management. With CRAIC, she worked on a UKRI project to map innovation and collaboration potential in India’s creative industries and is working with Creative Informatics, asking how data can be better used to support innovation in creative sectors. Jennie has an Executive MBA and a PhD in cultural sociology. 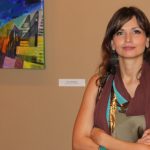 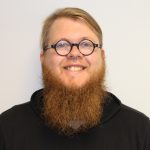 Dan Turner’s research, in partnership with XR Stories, explores how advanced technologies are currently being deployed and utilised within different areas of the Creative Industries. Dan is also undertaking a PhD at AudioLab, University of York developing novel methods for AI assisted sound design for immersive experiences. His PhD is funded by EPSRC and is in partnership with BBC R&D.